“Witchcraft and other pagan religious practices increased in the U.S. over the past few decades, with millennials turning to astrology and tarot cards as they turn away from Christianity and other traditionally dominant Abrahamic religions.

The number of witches and Americans practicing Wicca religious rituals increased dramatically since the 1990s, with several recent studies indicating there may be at least 1.5 million witches across the country. A Trinity College study conducted in 1990 estimated only about 8,000 Wiccans in the U.S., but the increase has been led by a rejection of mainstream Christianity among young Americans as well as a rise in occultism. With 1.5 million potential practicing witches across the U.S., witchcraft has more followers than the 1.4 million mainline members of the Presbyterian church.

The practice of witchcraft in the U.S. has risen dramatically over the past few decades, with millennials turning to astrology, tarot cards, and Wicca beliefs as they turn away from Christianity and other traditional religions.

Data collected by the Pew Research Center and Trinity College in Connecticut show witchcraft and pre-Christian traditions have been revitalized by young adults, Quartz noted. Millennials are seeking more freedom in their spirituality and interest in astrology and tarot card readings have spiked in recent years.

“From 1990 to 2008, Trinity College in Connecticut ran three large, detailed religion surveys,” said Quartz. “Those have shown that Wicca grew tremendously over this period. From an estimated 8,000 Wiccans in 1990, they found there were about 340,000 practitioners in 2008.”

The Trinity College data also revealed there were about 340,000 Pagans in the country in 2008. The Pew Research Center, which has long pointed out the ongoing decline in U.S. Protestant and Catholic membership, released a June survey which found adults under 40 are far less likely to say religion is “very important” in their lives.

“It makes sense that witchcraft and the occult would rise as society becomes increasingly postmodern. The rejection of Christianity has left a void that people, as inherently spiritual beings, will seek to fill,” author Julie Roys said in comments emailed to The Christian Post last month.

“Plus, Wicca has effectively repackaged witchcraft for millennial consumption,” Roys continued. “No longer is witchcraft and paganism satanic and demonic, it’s a ‘pre-Christian tradition’ that promotes ‘free thought’ and ‘understanding of earth and nature.”

A recent spate of witchcraft-related stories has emerged over the past few months in the political sphere. During the congressional confirmation hearings of Judge Brett Kavanaugh last month, a Brooklyn bookstore placed a “hex” on the controversial conservative. That coven was joined by singer Lana Del Rey in declaring they’d already placed several hexes on President Donald Trump. 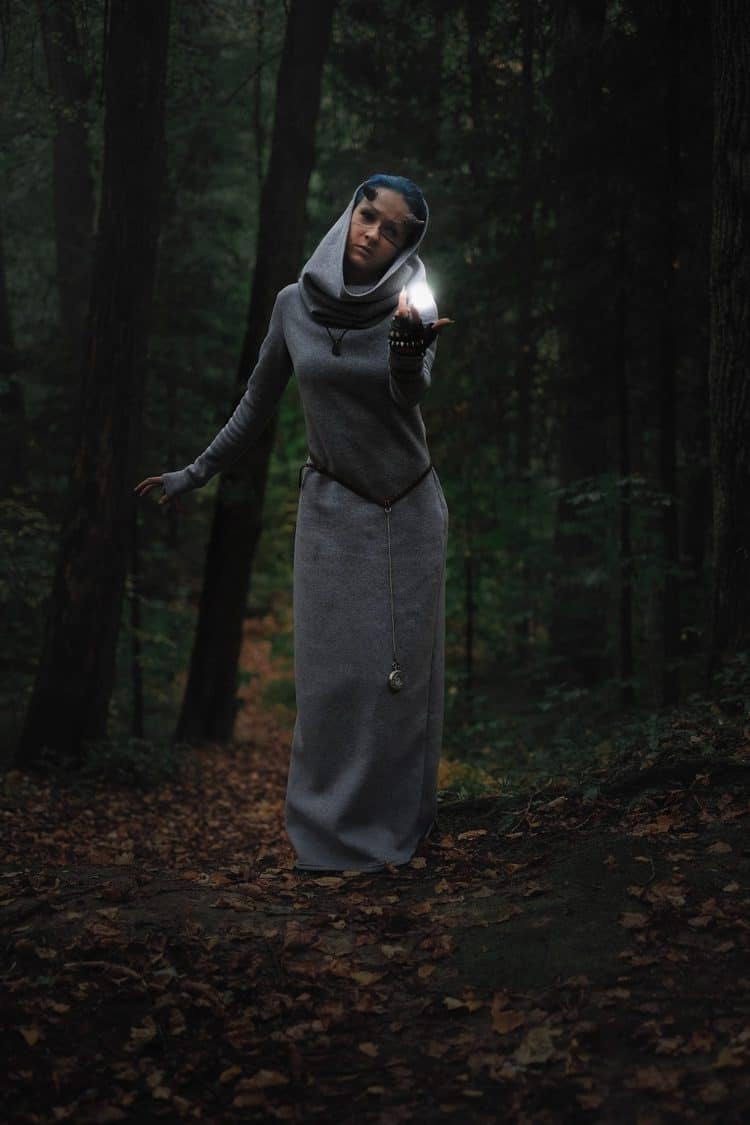 Despite the rise in practicing witches, the U.S. is still dominated by Christianity, which composes 70 percent of the country’s religious population, the Pew Research Center noted earlier this year. A little more than 22 percent of Americans list themselves as “unaffiliated” with any religion.

Throughout history, a rise in fear has been matched with a rise in adherence to belief systems–whether that comes in the form of mainstream religion or other alternatives.”-BY BENJAMIN FEARNOW

WHAT THE SCRIPTURES INFORMED ABOUT WITCHCRAFT

The worship and seeking of supernatural powers other than God have been around since the beginning of time. Satan, the accuser of brethren, has on the other hand, tactically used witchcraft to prevent people from finding holy spirituality in God alone, because he hates to see someone following the original truth. He uses witchcraft such as mediums, horoscopes, and persuasive games to entice people away from God, and from the true knowledge of who they are and toward a power that gives self-enlightenment, which is utter darkness and destruction.

The Bible speaks often of the consequences of following false spirits and falsehood. Consider the Scripture verses below that we may better understand the importance of seeking God, the creator of the world, alone.

1 Chronicles 10:13-14, So Saul died for his transgression which he committed against the Lord, even against the word of the Lord, which he kept not, and also for asking counsel of one that had a familiar spirit, to enquire of it; 14 And enquired not of the Lord: therefore he slew him, and turned the kingdom unto David the son of Jesse.

1 Samuel 15:23, For rebellion, is as the sin of witchcraft, and stubbornness is as iniquity and idolatry. Because thou hast rejected the word of the Lord, he hath also rejected thee from being king.

2 Chronicles 33:5-6, 5 And he built altars for all the host of heaven in the two courts of the house of the Lord. 6 And he caused his children to pass through the fire in the valley of the son of Hinnom: also he observed times, and used enchantments, and used witchcraft, and dealt with a familiar spirit, and with wizards: he wrought much evil in the sight of the Lord, to provoke him to anger.
Leviticus 19:31,  ‘Do not turn to mediums or spiritists; do not seek them out to be defiled by them. I am the Lord your God.
Leviticus 20:6,  ‘As for the person who turns to mediums and to spiritists, to play the harlot after them, I will also set My face against that person and will cut him off from among his people.
Isaiah 8:19-22, “When someone tells you to consult mediums and spiritists, who whisper and mutter, should not a people inquire of their God? Why consult the dead on behalf of the living? 20 Consult God’s instruction and the testimony of warning. If anyone does not speak according to this word, they have no light of dawn. 21 Distressed and hungry, they will roam through the land; when they are famished, they will become enraged and, looking upward, will curse their king and their God. 22 Then they will look toward the earth and see only distress and darkness and fearful gloom, and they will be thrust into utter darkness.”
Isaiah 47:8-14, “Now then, listen, you lover of pleasure,  lounging in your security and saying to yourself, ‘I am, and there is none besides me. I will never be a widow or suffer the loss of children.’ 9 Both of these will overtake you in a moment, on a single day: loss of children and widowhood. They will come upon you in full measure,  in spite of your many sorceries and all your potent spells. 10 You have trusted in your wickedness and have said, ‘No one sees me.’ Your wisdom and knowledge mislead you when you say to yourself, ‘I am, and there is none besides me.’ 11 Disaster will come upon you, and you will not know how to conjure it away. A calamity will fall upon you that you cannot ward off with a ransom; a catastrophe you cannot foresee will suddenly come upon you. 12 “Keep on, then, with your magic spells and with your many sorceries,  which you have labored at since childhood. Perhaps you will succeed, perhaps you will cause terror. 13 All the counsel you have received has only worn you out! Let your astrologers come forward, those stargazers who make predictions month by month, let them save you from what is coming upon you. 14 Surely they are like stubble; the fire will burn them up. They cannot even save themselves from the power of the flame. These are not coals for warmth, this is not a fire to sit by.” As the case may be, many Christians, especially those longing for instant answers to their problems, are now turning away from the warnings and worship of the Highest God to the worship of demons that rather add much sorrow within a short ride after he had possessed their souls.

Among the many unknown facts about spiritual warfare to most Christians, is that they unknowingly support these evil-spirit-humans through movies, TV shows, and music that they have cunningly put out there through all media to render blind from the truth. So then, the Christian who have accepted these spiritual poising channels into their lives will ignorantly say, “But these are just entertainments, they don’t interfere with my worship of God!”

Do not be ignorant of the devices of the devil; for only through watching and supporting these things shall the mind be controlled with the whispering voice reiterating, “Watching or listening to these movies or music will surely not affect your spiritual life in God, they are only entertainments for the soul.”

Most Millennials who reject Christianity forget that it is the same voice that said to Eve in the garden of Eden when they had been commanded by God not to eat of that specific tree; for the day they will eat of it, they shall die but that ugly voice said to them, “If you eat of it, you shall not surely die.”

However, they lost the garden after gave heed to Satan and later after many years died, which wasn’t in their life plan by God and they brought about that perpetual curse upon mankind to die physically. But since physical death has become the partner with mankind, therefore now it is spiritual death that paves the way to everlasting condemnation served as a recompense for human’s rebellion their maker. Because they have twisted God’s instructions, violated his laws, and broken his everlasting covenant.

Damnation shall the end of any Christian who let down his or her love for God for many reasons and allow demons into their homes and hearts through any means, whether via self rationalization of the truth, movies, TV shows and musics of the devil fostering eternal destruction in the name of entertainment that all have been warned by the creator to keep away from people who practice such evil and wickedness. 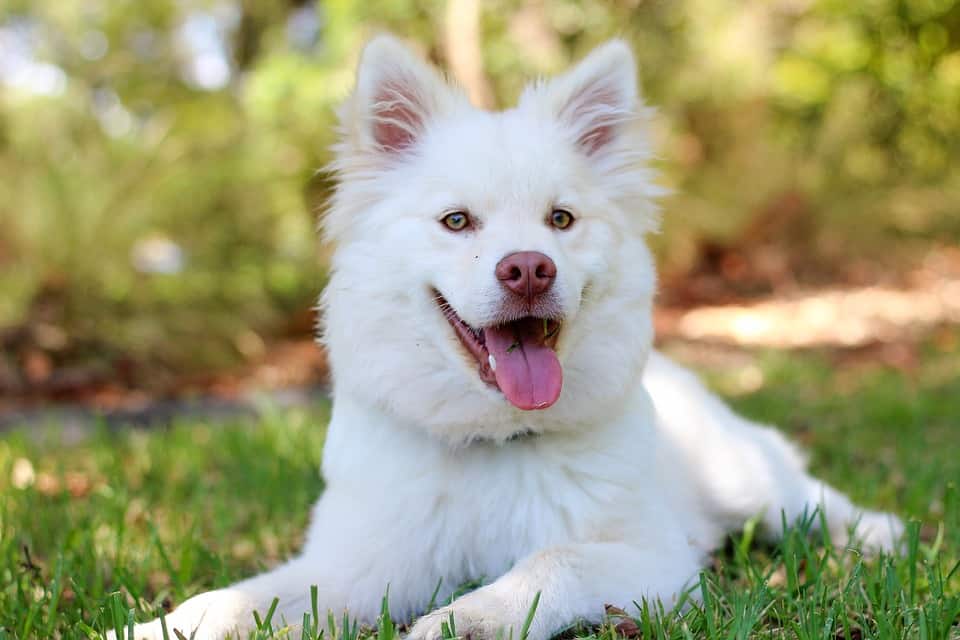 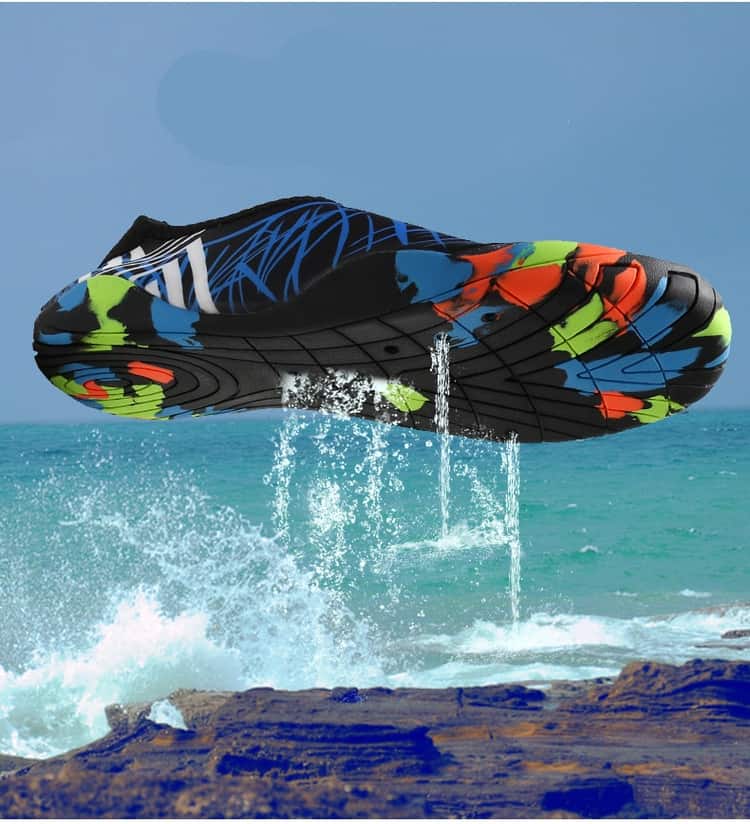 Water shoes are a necessary accessory that every sports person,…
by Justice A
Posted on January 19, 2019July 17, 2019
Posted in Religion/Culture 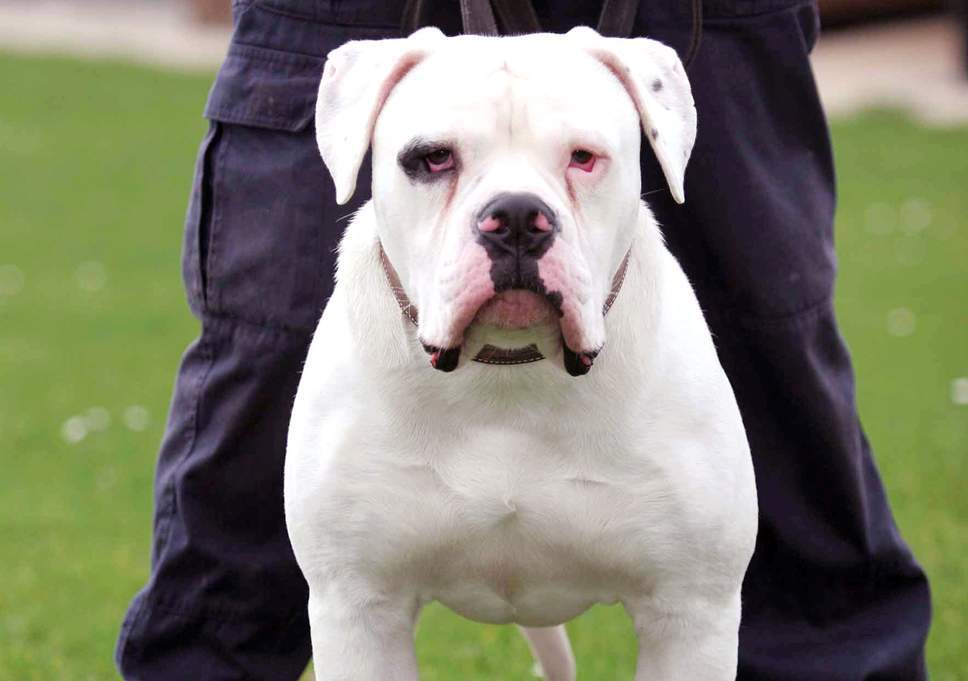 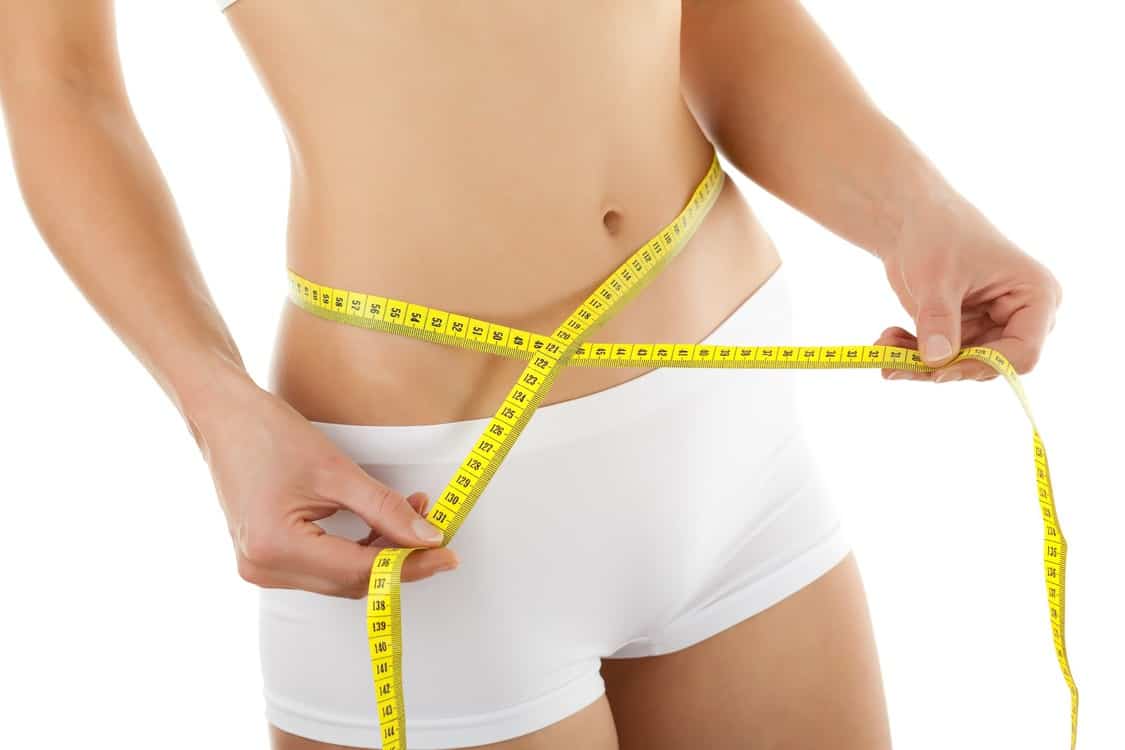 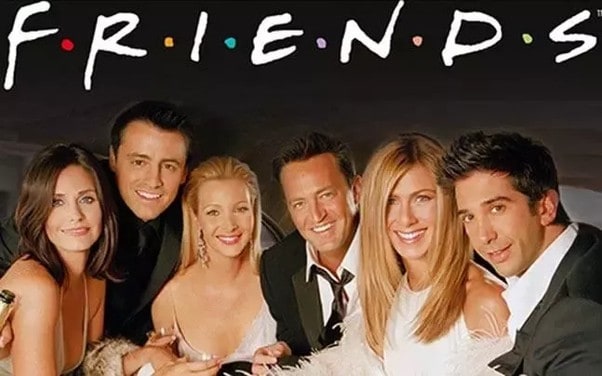 If you love a particular television show, chances are you’ll…
by Justice A
Posted on January 24, 2019July 17, 2019
Posted in Entertainment 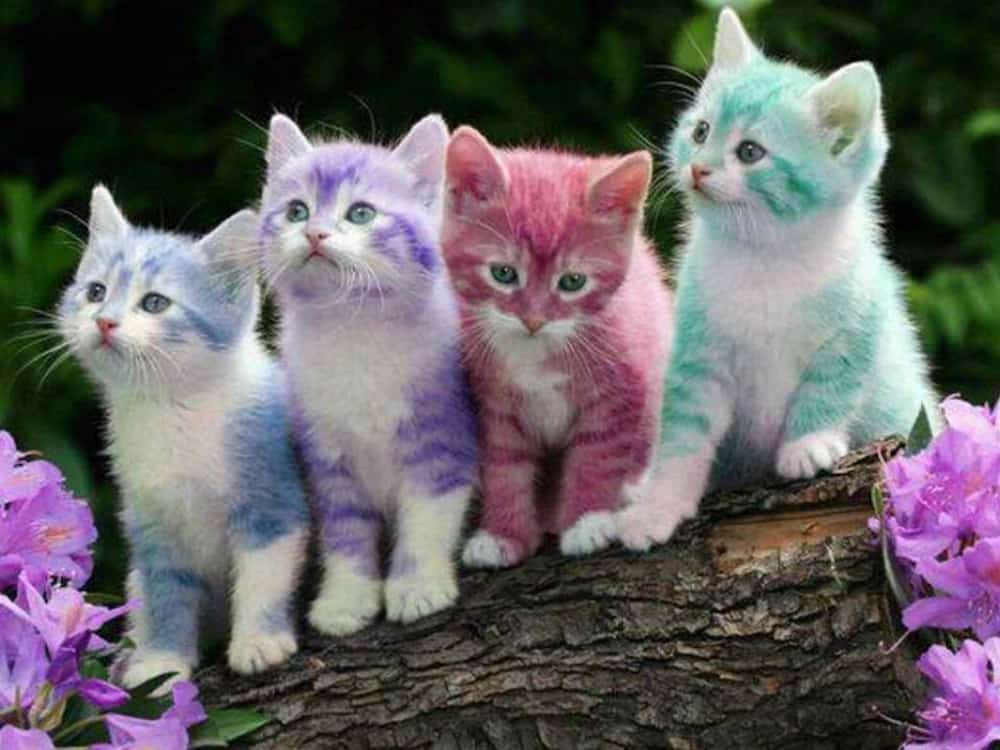